Our specialist doctors use advanced techniques and high end equipments like dental laser from BIOLASE, U.S.A. for best results in Gum Surgery Periodontal flap surgery is a procedure in which the gums are separated from the teeth and folded back temporarily to allow a dentist to reach the root of the tooth and the bone. Gum surgery is performed to gain access to the roots of the teeth in cases where non-surgical procedures fail to maintain the periodontal (gum) health. Gum surgeries lift the gums to allow visualization and gain access to the root to eliminate gum infection to restore health, beauty and function of the gums.

Clinical signs for gum surgery are foul odor from mouth, red and swollen or bleeding gums. It is indicated in severe gum diseases, wherein the gums get inflamed up to an extent where they start causing destruction of the bone and tissues surrounding it. Inflammation of gums further leads to the development of pockets or spaces between the gums and the teeth which trap the food and bacteria and cause infection. This eventually causes tooth loss and bone damage.

Sometimes the gum surgery also involves the grafting procedures like:

This procedure replaces the damaged or destroyed bone surrounding the root of the tooth with new bone.

This procedure is used in case of gum recession wherein gum line is noticeably lowered or aesthetically not pleasing.

At Perfect Dental® in Jamnagar, we have specialist gum surgeon called Periodontologist. We use magnification loupes to perform precise and accurate surgery.  Perfect Dental® is the best dental clinic in Jamnagar, where we also provide the option of laser gum surgery which is less traumatic, blood less and painless compared to the conventional gum surgeries performed with blades. Laser gum surgeries are less invasive and therefore ensure faster healing.

Frequently Asked Questions About Gum Surgery And Their Answers

How painful is gum flap surgery?

Most patients experience some discomfort after a flap procedure. Depending on your needs, we may prescribe pain medication. It is important to relax after surgery, as strenuous activity may cause the treated area to bleed. A flap procedure can save teeth affected by gum disease.

The flap procedure is necessary when severe gum disease (periodontitis) has damaged the bones that support your teeth.

Do gums grow back after flap surgery?

A flap procedure is often needed to save teeth that are supported by a bone damaged by gum disease. Gum disease usually will come back if you do not brush and floss regularly after surgery.

Can I go to work after gum surgery?

Do not floss or brush the gum line that was repaired until the area has healed. While it may take a week or two for your mouth to fully heal, you should be able to return to work or normal activity the day after surgery.

What happens after flap surgery?

It is important to relax after surgery, as strenuous activity may cause the treated area to bleed. For the first 24 hours, you can rinse your mouth gently with warm salt water to relieve pain and reduce swelling. Typically, it only takes a few days to recover from flap surgery.

One major objective of flap surgery is to eliminate or reduce the pocket itself. Afterward, the “flap” is closed, sealing the area. This begins the healing process, which takes place rapidly. Another goal is the regeneration of periodontal ligament and bone tissue which may have been lost to the disease.

How long do stitches stay in after gum graft surgery?

Stitches (if present) will dissolve in approximately 7-10 days. They may come loose or fall out before your first post-operative visit. As long as there is no continuous bleeding, discomfort or pain, this is not a cause for concern. If you have been given non-dissolving stitches, you will have to come to our dental center after 7 days for its removal, unless advised otherwise.

Can bone regenerate after periodontal disease?

Bone is lost from around a tooth due to many different disease processes. One common way that bone is lost is down to gum disease. Gum disease eventually makes teeth loose and fall out. It used to be thought that re-growing bone around teeth was impossible due to not being able to make the periodontal ligament regrow.

The results of a 2016 study showed that using a salt water rinse can be very beneficial in healing gums inflamed by gingivitis. Salt is a natural disinfectant that helps your body to heal itself. Salt water may also soothe inflamed gums.

When periodontal pockets do not heal after scaling and root planing, surgery may be needed to better remove inflamed tissues and reduce the damage to the bone that has formed around the teeth. As the pockets enlarge, they provide a greater place for bacteria to live and attack the bone and tissue.

Do I need to floss if I use a Waterpik?

How many times a day should you use a Waterpik?

Will a Waterpik help with receding gums?

Can patients use mouthwash, Chlorhexidine, or Listerine in the Waterpik® Water Flosser?

At Perfect Dental® our specialist doctors recommend using warm water. However, patients can use certain agents with the Water Flosser such as small amount of mouthwash can be added to the water for flavoring and/or to enhance compliance.

Should you Waterpik before or after brushing?

Be sure to allow the water to empty from your mouth into the sink. The ideal time to use a Waterpik is before you brush your teeth. This is because doing so can allow you to remove food debris and plaque. When you use a Waterpik before brushing your teeth, teeth brushing becomes more effective.

Following is a guide to what you should expect and what care or precautions you should take after Periodontal Flap Surgery:

What You Should Expect

What Care Or Precautions You Should Take

You should contact us immediately if you notice any of the following:

–  Bleeding is profuse (choking on blood).

–  Rash, hives or difficulty breathing after taking the medications that suggest an allergic reactions.

–  Discharge coming out from the surgical site.

Perfect Dental® is the best dental clinic in Jamnagar and our team of specialist doctors is highly skilled and experienced best dentists in Jamnagar. We have a highest success rate of 97%.

We’re only happy when you are

Stay in Touch on Whatsapp

If you have any questions or concerns, please contact us on Whatsapp by tapping on the Whatsapp image below and if your device doesn’t have Whatsapp installed then by scanning the Whatsapp QR code from your Whatsapp enabled device. 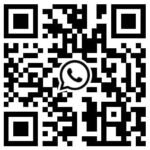 Tap the image below to open direction for our clinic on Google Maps. 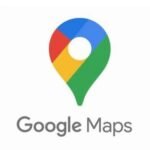